Is Now a Rhetorical Question (Part I) 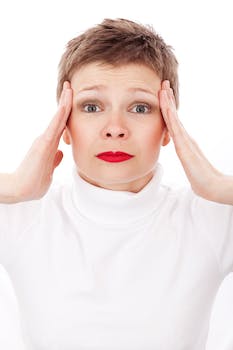 A series of letters and responses arrived at the door of the editors of Sound and Vibration, following the 50th anniversary edition which published a multi author submission on whether or not wind turbines make people sick. The article can be found here.

“Hostility, or higher levels of stress, especially of an aggravated and chronic nature, are known to contribute significantly to “increased risk of incident stroke, and or transient ischemic attacks.”

In this article, the authors suggested that complainants’ hostility and “a low coping capacity” contribute to ill health and that grievances against the impacts of wind turbines are exaggerated (a common human tendency). We note that health impacts from chronic hostility may and do include: stroke, heart attack, depression, chronic inflammation. But the suggestion that hostility, low coping skills, and exaggerated symptomatology are the cause of impacts experienced—serious and sometimes fatal impacts—is to us a serious breach of logic and reason. Checklists of insinuating questions on certain health surveys of impacted persons are equally insulting. Do you have low self-esteem? Are you overweight? Are you depressed?  Quoted in the authors’ analysis and findings is the Health Canada study, which did ascertain that the level of community “annoyance” is correlated to a statistically significant degree with the presence of wind turbine noice. But excluded from the Health Canada study were people under 18 and people over 79, two of the most impacted age groups. This highly disputed study notes that “annoyance was statistically lower among the 110 participants who received personal benefit, which could include rent, payments, or other indirect benefits of having wind turbines in the area, e.g., community improvements.”

The authors’ handy anti-victim dictionary imputes, annoyance, hostility, and low coping skills to victims who self-report symptoms and suffering—people who in some cases have lost homes, health, community, and jobs. Here is the first egregiously patronizing comment to victims:

It has been the first author’s privilege and pleasure to associate and collaborate with three prominent co-author scientists in the wind turbine acoustical field. All four authors do not doubt for a moment the sincerity and suffering of some residents close to wind farms and other low-frequency sources, and this is the reason all four would like to conduct, contribute or participate in some studies that would shed some light on this issue. It must also be said that it is human nature to exaggerate grievances and that some qualitative measure must be made available to compensate affected residences.

I wonder if the author expects the victims to have Stockhom syndrome, so that they might willingly invite the American Wind Energy Association (AWEA), their putative captors, as a possible partner for further studies on them.

The use of ad hominem and insinuation about the psychology of wind turbine victims is a long-standing practice, but readers did not expect after some pushback on this subject worldwide, to read this additional kind of attack on their personal integrity and the factuality of their symptoms.

We commented on the ritual of turbine-impact-denial earlier: Not in Their Minds: Denial in the Wind/Health Debate

Excerpt from a letter to Sound & Vibration, written by the North American Platform Against Wind Power (February 22, 2017):

While Mr. Cooper’s Cape Bridgewater study is lightly referenced in your published piece, it is clear to us that the work he has done is conclusive and groundbreaking, especially for those inside that study, finally vindicated and offered hope. It would also behoove the authors to reference the most up to date and finely tuned machines available: victims’ bodies and minds and their completely honest reporting of symptoms. People simply do not up and leave homes, sleep in pup tents, or at the Walmart parking lot, for no reason. They do not manufacture symptoms, and spend countless hours sleepless and stressed, often losing employment, because they are “imagining” or “hostile.”

In this letter, we respectfully express our objections and concerns for the piece recently published in your 50th Anniversary edition of Sound and Vibration. Short title: “Do wind turbines make people sick?”

However, a nocebo effect may occur, by which expectation of an outcome may lead to realization of that outcome (Chapman, Joshi at al., 2014).

There are a large number of coordinated objector groups working internationally. A web page (https://quixoteslaststand.com/) gives links to more than 2000 groups that share information on wind turbines, while some make unsubstantiated, anecdotal claims about their effects. However, there is no doubt that when stress is persis­tent it may result in somatic effects in a small number of people who have a low-coping capacity, although the ability to cope can be enhanced (Leventhall, Robertson et al., 2012).

In our estimate, there are well over 5000 international groups questioning the various failures of industrial wind. There are 1500 in France alone. The impact claims are not “unsubstantiated,” and the sheer volume of anecdotes has now become “data.”  We respectfully suggest that the level of “persistent stress” happening worldwide in absolute tandem with legitimate reporting of symptoms, is of the level that some, including we,  are calling it a pandemic, and many have referred complaints and a call to action to the World Health Organization.  Again, the insinuation that victims have “low-coping capacity and that this can be “enhanced,” is outrageous and insulting to victims.

The authors of the letter go to object to the journal article’s ad hominem attacks and references allegedly repudiating health impacts:

In a compacted manner of explaining our objection to this research paper, here is a shortened list of objections: