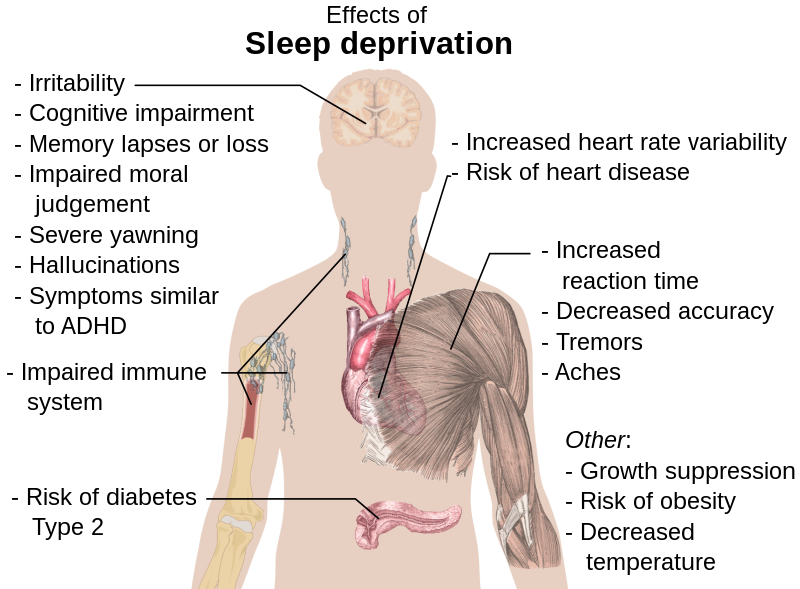 If there has been a more perfect widespread architecture of human misery, health impacts in the last 30 years, loss of homes, loss of property values, loss of community and friendships, loss of livestock, economic hardship, we do not know what it might be. The following is a mere snapshot of what is now on many hard drives of activists’ computers, and on world web sites.

Resident of Ontario, Canada: Victims of the Ministry of the Environment and Climate Change (MOECC), tens of thousands of complaints, despite assurances of protocols and at times “admissions “they “do not know what to do” with the complaints. (From a Freedom of Information request.)

“Even if the MOECC obtains a few out of compliance measurements, it appears the MOECC can and will NOT do anything about it. An official compliance test can take more than a year….and the MOECC does not have the knowledge, skills, ability OR equipment and Aercoustics is telling the MOECC “PROVE IT”…. “PROVE WE ARE OUT OF COMPLIANCE”.

The MOECC repeatedly assured people in this project that they were REQUIRING an acoustical and tonal assessment at “complainant properties”. Our home was measured at 41.6 dBA using part C2 of the MOECC protocol in August 2015. This measurement did not even take into account a 5 dBA penalty for the obvious TONAL noise from the turbines!

In my opinion, the turbines surrounding my home should be turned off until this situation is resolved.  K2 Wind should be required to fund an acoustical and tonal assessment at my property conducted by a truly independent consultant and the “receptor” should have input in selecting the acoustical testing firm.

It is unacceptable that a company can blatantly lie to the Ontario Government/ MOECC (Ministry of the Environment and Climate Change) and string along people who are being harmed – for over a year!

We (Jeff and I) just finished talking to the carrier who took over Jeff’s route. She is in her forties and developed bad headaches and nausea when she took over this route. She considers this abnormal for her. She also is concerned about vertigo, a condition she had experienced with some medication a few years ago and a known side effect that went away when she stopped the medication. She is feeling the same sensations, although not as debilitating, when she runs the route through the turbines. She is concerned because the only relief she gets is on the east side of the route, where the Rush Creek project is proposed to be erected.

She was also able to tell us that she saw the turbine fire a few weeks ago, the one that happened just north of Harrisville on the west side of Blasingame. It was a nacelle fire and the fire department confirmed it was from oil leaking out of the turbine. This is my first confirmed turbine fire, less than a year and a half into this fiasco. She said ‘all of Calhan knows it’.

Another problem this region is exploding with are cases of blindness or partial blindness, animals and people. Even the new mail carrier for Jeff’s route experienced a sudden decline in her eyesight just after she moved out here about four months ago. Jeff and she talked about another woman on the route that has this new problem (I think it became noticeable Fall of 2016). For Jeff the eyesight problem hasn’t gone away yet, but he has only been out since January 3rd and he comes back every other weekend for just short of three days. However, Jeff’s base temperature seems to be going up. His temperature, which ranged from 95.1-95.9 pretty consistently since last spring before leaving January 3rd. 2017 (no, in these turbines we, Jeff & I, do not have a steady base temperature), is currently pretty steady at 97.1 – 97.2. We asked the mail carrier to start monitoring her temperature.

Well, this is all for now.

These meetings are painful.

Capstone has done its engineering computer modeling that shows they are in compliance, according to Capstone turbine reps and if there is any information out there that shows something different, they would LOVE to see it. One of the audience members dropped the file that shows regular noncompliance of turbine noise right then and there with the meeting facilitator.  Well, MOE (Ministry of the Environment) will have to give the okay that it’s an approved method of measurement. All that aside, if you’re having trouble, by all means, go to MOE and they will do their job, won’t they?  And if it’s the middle of the night and it’s bad (Who knows, could be a broken blade.  It’s hard to tell in the dark.) Capstone said that if you call Spills Hotline at MOE, they will take care of it right away. Well, surprise Capstone, they don’t.

At any rate, the turbine company has 18 months to assess it all.  All of you getting hit by the noise, both audible and low frequency, shadow flicker, flashing lights; the whole works; are currently Capstone’s guinea pigs for 18 months.  They are doing everything they are mandated to do already, so go tell it to the MOE.  Complain to Capstone and they will send it to the MOE (Ministry of the Environment).

On to the issue of Community Funds up for grabs which is a pretty hot topic for any who have seen their quality of life hit the skids after turbines move in next door.  One committee member seemed to be there expressly to get their hands on some of that.  She lives far away from the turbines and wants some of this money for a Flesherton Community committee.  Another committee member tried to express the betrayal of those being harmed by the people who accept that money.  Some think Grey Highlands should just take it since it will cut into the wind company’s profits. I’m not one of them.  The committee member who was asking others to think about those who are immediately next to the turbines in question, came up with a pretty brilliant idea in my opinion.  He said, ‘Okay, once this company has taken care of getting rid of all the problems now hitting some residents, go ahead, take all the money you want.  But no money until that happens.’  Well, in a conversation afterwards, the person looking to get some money told me there are always two sides to a story after all.  I told her and will tell anyone else who says that, that when a person is sick in a turbine-toxic home, there isn’t another side to that story.  They are sick.  Period.  While a recipient is smiling and thanking the wind company for money for the new slide in the playground, other people cannot stay in their own homes anymore.  Does anyone else not see a bit of a moral dilemma here?

Story from the UK, impacted resident, senior, who has had to give up his dog which is exhibiting serious signs of distress from turbines, and he himself has to vacate his beloved home of 35 years because of health impacts.  http://www.dailyrecord.co.uk/news/local-news/carrick-pensioner-forced-give-up-9859771

It is July 17, 2016.  The K2 wind turbines owned by Samsung, Pattern, and Capital Power located in Ashfield, Colborne, Wawanosh Township in Huron County Ontario are harming us. There is crashing, whomping, and thunder like noise.  We can feel the pressure/ energy waves. In addition, there is a solid tonal “wooooooo” noise.

We experienced heath issues beginning at approx. 9 pm.  We called the spills hotline and made a health complaint at approx. 11 PM.  I am experiencing ear pain and popping, neck, face and jaw pain. My husband has head pressure and pain and beginning to get a headache. We had several people at our home this evening who said they needed to leave because of health impacts……ear pressure and pain, headache.  One woman was disoriented due to the thunder like noise and fell coming up the front steps when she first arrived!

The dog is hiding in the basement.

Investigate this as a HEALTH and noise complaint.

Our group STOP has a single Enercon turbine in our neighbourhood which has been a nuisance for the past 4 years since it began operating resulting in people leaving homes and filing over 300 complaints of noise and health problems.

From an impacted resident associated: “Unifor’s wind turbine is a square peg the union forced into a round hole. Located at their Family Education Centre (FEC) in the tourist community of Port Elgin on Lake Huron, the turbine sits in a sports field adjacent to the facility’s parking lot. The 35-storey, 800kw turbine towers over a neighbourhood of about 200 homes with some as close as 210 m.”

“We have compiled a list of dates and times since January 24th, 2017,  where we have been extremely troubled by the noise produced by the UNIFOR (Unifor, Canada’s largest private-sector union (formerly the CAW) wind turbine operation).  We have been documenting these because we are not always able to file the complaint at the exact time that it happens.  Please find below a list of these complaints.

Sunday, February 19 all day so far.  As soon as we open the door to go outside all we hear is the constant cyclic roar of the turbine.  Winds W @ 15 to 32 km/hr.

On many of these occasions the turbine noise can be heard above the deafening roar of the lake and high winds in a winter storm.  That’s pretty substantial.

Please know that we gave the CAW/UNIFOR turbine the “benefit of a doubt” when it first began operating because we were willing to give such green energy initiatives a chance, but as time went on, we began to be adversely affected by this noise pollution, (basic sound annoyance disturbing the enjoyment of our property and also health and hearing issues).  The suffering continues with no end in sight.  Something needs to be done as soon as possible.”

It is not as the developers in Tennessee indicated in a public meeting, the turbines are as quiet as crickets, or a bowl of Rice Krispies with milk, or somewhere in-between the noise of a refrigerator and Rice Krispies with milk. The sounds and noises and impulsive pressures are completely unique to industrial wind. To us from the reporting and personal experiences, we cannot find a suitable comparison to this. It may be as impossible to compare the sound of a bassoon with a hammer on an anvil.  What is clear to us is that appropriate measurements and protective guidelines are not in place world wide. And that there may not be any useful comparisons, ever.

Do wind turbines make people sick? This is a rhetorical question. The question is now how to remediate and remove offending projects, how to compensate victims, and how to change policy going forward.  To add height to the indignity, the proliferation of industrial wind has been a debacle: no net gain economically or to the environment.

The theft includes property loss, devaluation, community chaos, massive destruction of eco systems and habitat, obvious impacts to health, and a high degree of fantastical colloidal “industry tension;” denial and ad hominem, intimidation, in the hopes of keeping the now extremely fragile “lid” on. Ad hominem is often considered an act of “desperation.”

Only the word, “profit,” rings hollowly again and again. And again.