A federal lawsuit may be the last best shot to save their livelihoods. 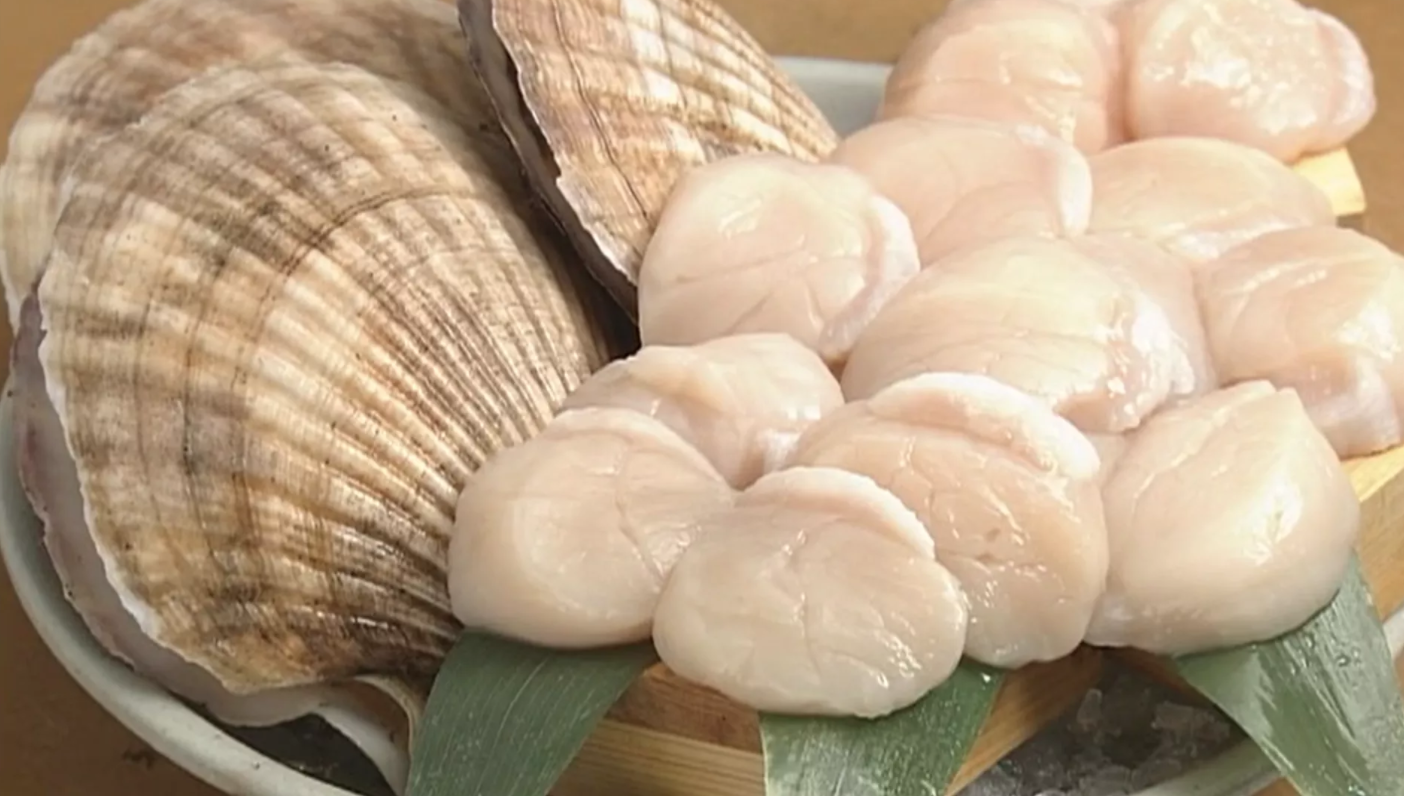 In the mist off New England’s coast, towering alien monoliths pierce the surging waters, soaring 600 to 850 feet above the Atlantic Ocean. Hundreds of these titans, rising up to 200 feet taller than Trump Tower, chop the air with massive blades that are taller than Albany’s Capitol building.

Offshore wind turbines like these, Gov. Andrew Cuomo says, are a critical part of his clean energy mandate to generate 50 percent of the state’s electricity from renewable energy. But those humble fishermen are threatening to derail the governor’s goals with a federal lawsuit they believe is their last best shot to save their livelihoods.

The effort to build these offshore towers puts Cuomo in an uneasy alliance with an appointee of President Donald Trump, U.S. Department of Interior Secretary Ryan Zinke, who is also pushing to develop wind energy projects in the waters off New York’s coast.

The Long Island Power Authority already approved a power-purchase agreement last year to buy 90 megawatts of electricity, enough to power 50,000 average homes with 15 turbines from the future South Fork Wind Farm, 30 miles east of Montauk. “Steel in the water,” as industry lingo goes, is expected by 2020.

But another developer has leased a 125-square-mile arrowhead-shaped swath of ocean floor about a dozen miles south of Long Beach, dubbing the planned project Empire Wind. This poses an imperial-sized problem for fishermen because the area is home to rich scallop beds where millions of dollars worth of seafood is caught every year. Pile driving, jet-assisted plowing and finally fixing the mammoth wind turbines to the ocean floor will alter the ecosystem and destroy the creature’s natural habitat, fishermen say. In turn, fishermen will be pushed further afield from one of the most active scalloping grounds in the ocean, burdening the bigger scallop boats and, they fear, bankrupting the smaller ones.

Of course, what fishermen see as a nightmare, Cuomo has staked out as his renewable energy dream.

“We’re going to lead the nation with the most ambitious wind program in the country. By 2030, we will build 2.4 gigawatts of power from offshore wind,” enough to power 1.2 million homes, Cuomo said in March alongside former Vice President Al Gore, who lauded the goal as “unprecedented.”

“Coal is receding. Now gas is being outcompeted in the marketplace by renewables,” Gore said. “This is the future.”

The envisioned 2.4 gigawatts would provide 13 percent of Long Island’s and New York City’s electricity needs, according to a spokesperson from the New York State Energy Research and Development Authority. The first 800 megawatts would come with a $3.8 billion price tag – and that’s just the beginning, as officials say offshore wind energy development will likely grow from there. New York plans to pour enough capital into offshore wind to ensure that it has enough scale to reduce costs and become a hub for U.S. offshore wind development, according to a NYSERDA white paper.

“I have people that have nothing to lose and everything to gain and they tell me, ‘Oh, it’s gonna be fine. It’s gonna be great.’” – Chris Scola, scallop fisherman

That dream is accelerating toward reality. Federal Bureau of Ocean Energy Management, or BOEM, officials have leased 13 swaths of seafloor for wind power development, dutifully following an Obama-era mandate to capture this abundant source of renewable energy. Now, as technology has improved and development costs have dropped, project planning has surged and money is pouring in.

Earlier this month, hundreds of developers, many from the well-developed wind energy industry in Europe, attended the United States’ largest technical wind power conference, which was held in Princeton, New Jersey. Dozens of public officials, including Zinke, New Jersey Gov. Phil Murphy and NYSERDA President and CEO Alicia Barton, expounded on how to best seize the offshore opportunities.

Under Cuomo, New York has played a leading role in selecting the offshore areas for wind development, overseeing 20 research studies, working closely with BOEM and conducting “unprecedented outreach” to stakeholders, Doreen Harris, NYSERDA’s director of large-scale renewables, told City & State. “Obviously, this becomes a federal process at this point,” Harris said. “But we believe New York’s work provides the solid foundation for areas that are the most favorable.”

Indeed, after NYSERDA requested that BOEM open vast tracts of seafloor for leasing, Zinke told attendees at the April wind power conference that BOEM was opening an additional 2,711 square miles for potential wind farm development, more than 20 times larger than the Empire Wind lease area in the New York Bight, a broad expanse of ocean south of Long Island and east of New Jersey. It seemed to be everything NYSERDA asked for and more. The decision opens the possibility of rows and rows of wind turbines the height of skyscrapers plotted out in an area twice the size of Long Island.

There’s just one scallop-sized problem standing in the way.

The combined 2,836 square miles where BOEM is either leasing or seeking information and nominations for commercial wind leases is worth hundreds of millions – if not billions – of dollars in revenue to the scallop industry over the life of a 25-year wind lease, the scallopers’ lawyers say. The impact on the scallop fisheries would be far worse than they first feared, if those areas are developed.

“It puts an exclamation mark on all our concerns,” said David Frulla, the lead lawyer on the scallopers’ lawsuit. “We’re not trying to stop offshore wind. It is just that this is right at the heart of where the fishing is.”

The Fisheries Survival Fund, an advocacy group that represents the scallopers’ interests in their lawsuit against BOEM, is arguing that the federal offshore wind leasing procedure gave away some of the most productive scallop beds in the world and failed to evaluate alternative options appropriately.

In particular, they are rebelling against the Empire Wind project. The envisioned 194 towers whirling above the waves would make it impossible to safely fish there, they say.

The problem, lawyers for the fishermen argue, is that the project originated from an “unsolicited lease request” from a coalition of New York state agencies and power companies in 2011, and the ensuing process never considered alternative locations or gave weight to fishermen’s use of the ocean floor. In essence, New York asked for a swath of ocean floor and the federal government gave it to them, ignoring the protests of the fishermen.

An internal BOEM memo laid out the fishermen’s grievances in great detail. It pointed out that BOEM removed an area off Rhode Island and Massachusetts from consideration for development due to its “high fishing value,” then noted that the calculated value of the Empire Wind area is worth a total of $21.5 million over six years – three times as valuable per square kilometer as the area removed from consideration. Nevertheless, the BOEM director reasoned that those concerns could be addressed later. The fishermen disagreed and say the lawsuit is their only hope.

An injunction request to halt the process altogether failed last year. But the judge allowed the case to continue, and the fishermen have moved to schedule oral arguments for this month.

Philip E. Karmel, a partner at Bryan Cave Leighton Paisner who has analyzed the case, said that if the scallopers win, the impact will depend on what remediation the judge orders. “The case could potentially be quite important if the court holds that BOEM’s leasing procedures do not comply with the National Environmental Policy Act,” he said. “That would require a new set of leasing procedures and it could result in delays in the rollout of offshore wind turbines.”

At the wind conference in New Jersey, tensions were palpable during a “Commercial Fishing and Offshore Wind” panel with federal, state, wind power industry and fishing representatives. Brian Hooker, a marine biologist for BOEM, repeatedly said that the agency was open to comments from the fishing industry.

Scot Mackey, a representative for the Garden State Seafood Association, said communication between the fishing community and state and federal authorities is “a mess.”

“Scot, I do look forward to your comment on that request for feedback,” Hooker responded.

“Just so you know, Brian, some folks in the industry have provided comments back along those lines and we basically didn’t get anything back,” Mackey said. “We can’t just send it over and hear nothing.”

After the panel, Hooker acknowledged that the issue is “definitely a concern.” But he told City & State that there have been several cases in which some parts of wind energy areas had been removed due to concerns about animal habitat, shipping and even scalloping.

Other wind projects have been stymied by lengthy legal battles. Cape Wind, a $2.6 billion project envisioned for the shallow waters between Nantucket and Martha’s Vineyard, met stiff resistance from a coalition that included the late U.S. Sen. Ted Kennedy of Massachusetts and was spearheaded by William Koch, who built a fortune in the fossil fuels industry. After years of court challenges, Cape Wind never materialized.

But Fisheries Survival Fund says it has no Kennedy or Koch brother supporting them and won’t be getting any backup from oil and gas companies either. “I’m not expecting them to come in and be the white knight and defeat offshore wind for us,” laughed Andrew Minkiewicz, another lawyer for the scallopers. “I don’t see that one happening.”

In fact, it’s a fossil fuel company that plans to build Empire Wind – Statoil, the Norwegian oil and gas conglomerate. Players across the energy sector are entering the renewable energy market just as sunny financial forecasts have encouraged investment from major financial firms.