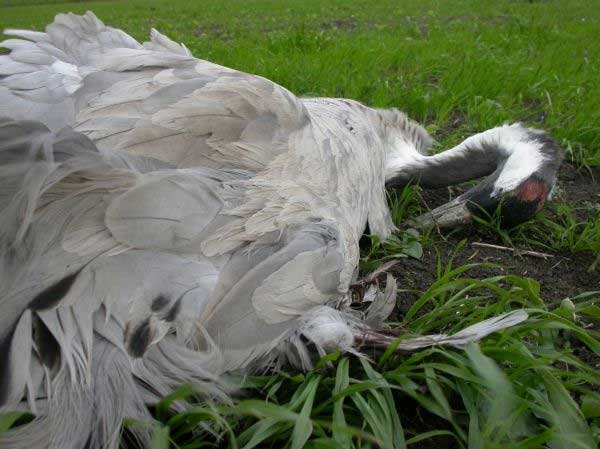 Sean Mullany of the Department of Public Service told representatives of the towns of Yates and Somerset, and the Save Ontario Shores community group, that the documents filed by Apex in November for the Lighthouse Wind project would have to stand at this point.

“(There is) no provision in regulations that would procedurally allow for the preliminary scoping statement to be stricken,” Mullany said.

The parties had argued the document did not provide enough specificity on the location of the proposed turbines or offered insufficient information to base a response from. S.O.S. requested it to be tossed out completely; the towns requested Apex address the issues they had raised in a re-submitted document.

The document, which details the environmental studies the developer intends to carry out prior to a final application, was filed by Apex in November. Thursday marked the outer edge of a 60-day statutory deadline for intervenor funding and pending motions to be decided upon.

Apex had countered that the Article X process that regulates significant energy-generating projects in New York led their filing. Forcing them to provide such information at an early stage would limit their ability to react to and respond to public comments.

Mullany said the decision was not based on any substantive aspects of either the Apex’s Nov. 23 filings or the responses made to it since.

“The purpose of the pre-application scoping phase is to ensure meaningful public input at an early enough point in the project development process to allow the developer to craft its formal proposal to account for specific conditions in the area, and to account for community concerns,” Mullany said.

He noted the ruling does not change any of the requirements Article X puts on developers. Apex has until Feb. 11 to file a response to the hundreds of comments filled to the Department of Public Service, and they must not simply reply before moving forward.

“While I’m denying motion, I’m also cautioning the applicant that the process does require it to meaningfully respond to public comment and to show the comment is responded to and how decisions are informed by those comments, or explain why it has chosen not to follow the comments.”

Taylor Quarles, the development manager for the Lighthouse Wind project, said a substantive response will come before the company and other stakeholders move into more formal conversations over stipulations about the studies that would be performed before a final application is submitted to the state.

A large scrum of attorneys and other representatives of the municipal, community, developer and state stakeholders formed to begin that process following the hearing.

The event drew more 100 people to the Barker Fire Hall, including representatives from the Public Service Commission and Department of Environmental Conservation, as well as the towns of Yates and Somerset, and Save Ontario Shores. It was not an opportunity for public comment. DPS Administrative Law Judge David Van Ort said that type of meeting would be held if Apex proceeds with filing an application to the siting board.

Cynthia Hellert, an S.O.S. member from Yates, was disappointed there wasn’t a question period. Hellert said she challenged four sections of the PSS, but saw only those she mailed end up on the DPS website — which is viewable at tinyurl.com/yateswind — after having those submitted online rejected for formatting reasons.

“They make it so difficult for the ordinary citizen to (participate),” Hellert said. “I wanted to talk to them about that. They made it so hard, so technical, all that time.”

The hearing did provide some clarity on the public involvement in the post-scoping studies. Article X applicants must provide funding to other stakeholders as part of the process, but with two counties, two towns and an active community group involved, the allotment was uncertain.

After questioning representatives from Yates, Somerset and S.O.S. about their applications for intervenor funding, they settled how $70,500 would be distributed.

Yates will receive a maximum of $20,500 from the pool Apex is providing to the towns and S.O.S. for their own research done after the filing of the PSS.

The town had requested $26,381.25, which they estimated would be half of 75 percent of the available funding. Their request was that the other half be made available to Somerset, with the remaining 25 percent available to S.O.S. and other parties.

Somerset, which requested an amount equaling the full allotment, but $25,000 below their expected costs, will receive no more than $40,500.

Yates Supervisor Jim Simon said the town will have to keep a tight eye on their budget. Yates would look to request more funding if the process becomes more of a financial burden on taxpayers, who according to a town-led survey generally oppose the project.

“At the end of the day, I think for Yates it was fair,” Simon said after the meeting. “I thought they shorted Somerset significantly. I thought their request was solid, they’ve been carrying a heavy load. I was hopeful there would be more intervenor funds out of Apex, but that didn’t happen.”

S.O.S., which asked for $19,430 to study issues ranging from “acoustics, the electrical grid, rate payer impacts, wildlife impacts, water resources and biodiversity,” will get no more than $9,500.

“What we’re wrestling with is that there’s not enough money to go around at this phase of the process,” Van Ort said. He recommended the municipalities and S.O.S. do whatever they can to collaborate on the services they carry out.