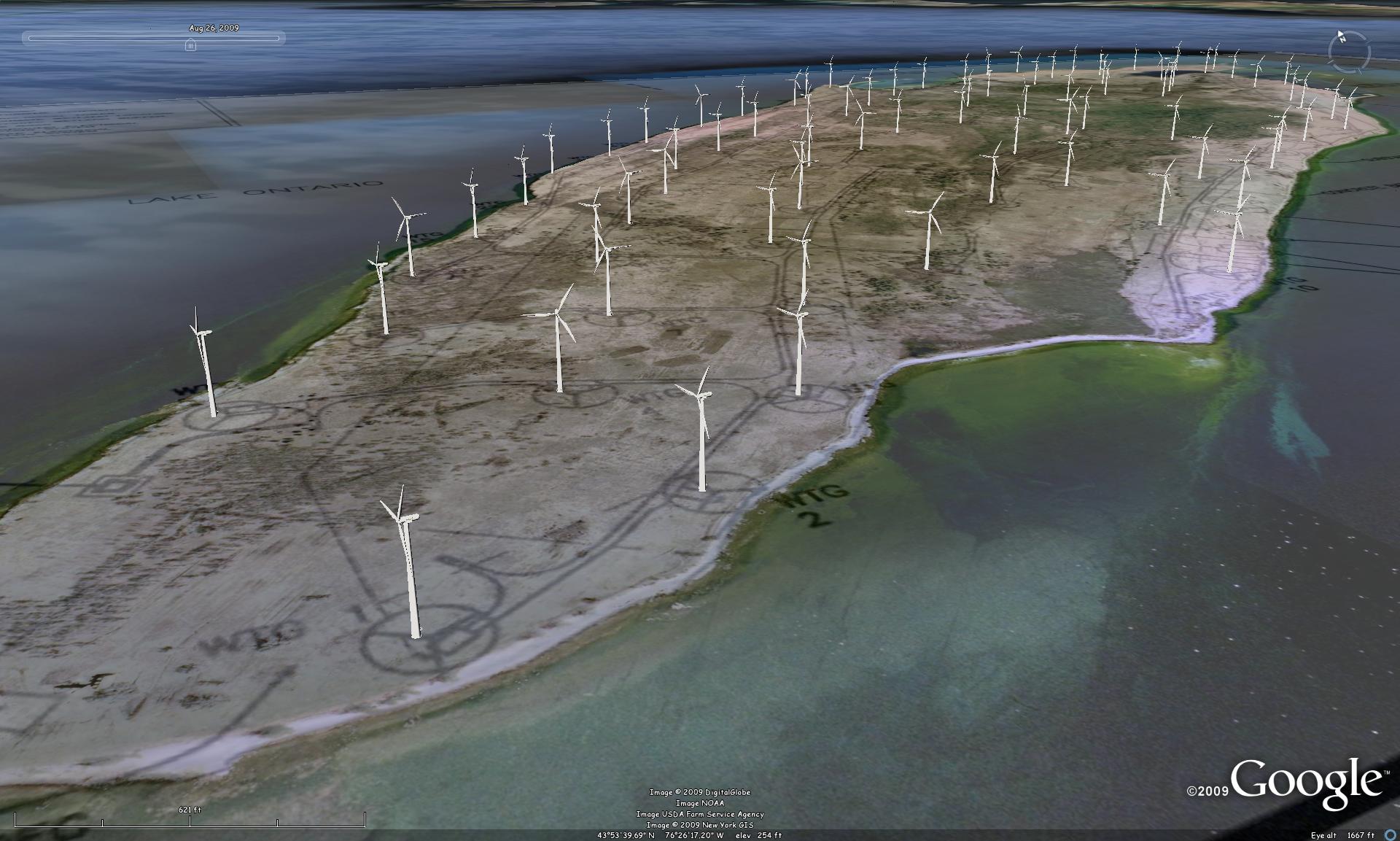 HENDERSON HARBOR — Many Henderson residents told developers of the Galloo Island Wind Farm on Wednesday night that they don’t support the project because the view of 575-foot-tall turbines would cause lots of pain and no gain in tax benefits.

During an informational open house at the fire hall, people had a glimpse of a three-dimensional model that illustrated what the 31-turbine wind farm proposed by Hudson Energy, Albany, would look like from the shore about 6 miles away. They asked representatives questions about the project and read informational displays during the meeting, but no formal presentation was made. Hudson was required to hold the meeting as part of the state-led Article 10 review for its 102.3-megawatt project, which it estimated would produce energy to power more than 35,000 homes.

Visual models of turbines were especially interesting to residents who live along the waterfront in the town of Henderson, who fear turbines will scar the natural beauty of Lake Ontario and decrease property values. The island’s closest mainland access is about 6 miles away at Stony Point in Henderson, but it is part of the town of Hounsfield. Henderson, as a result, wouldn’t receive any property tax benefits from the wind farm, which calls for a 30-mile underwater transmission route to a National Grid substation in the town of Oswego about 1,000 feet from the shore.

Even so, many Henderson residents said they believe the view of turbines from their waterfront homes would be a major nuisance. Seasonal residents Christopher P. and Rose L. Cirilo own a waterfront home on Lower Hovey Tract Road about 6 miles from the island. They drove from their New Hartford home to attend the meeting.